For me, fiction is a tool to access truth

The semantic field of the term “fiction” opens up vast conceptual ramifications that are cyclically put in tension. The Latin etymology of the term refers to a practice of modeling – to mold, to give shape to materials in the ars fingendi – that already implies the abstract meaning of the act of imagination/representation and the negative reverse of the potential production of deceptive/ dissimulatory figures. Therefore, the ancient theoretical reflection on fiction associated with artistic expression (from the Aristotelian mythos to literature, from the figurative arts to abstractionism) has absorbed and renewed its original ambiguity over the centuries, generating a fertile philosophical and cultural debate (from Plato to Diderot, from Nietzsche to Deleuze, from Valéry to Croce) that cinema has extraordinarily depicted by working directly on its essence of F for Fake.

The theory of images has put forward an original dialectic among an idolatrous line of thought (the construction, fascination and dangers of the simulacra of the world); an iconic line that includes the opening of a way to access invisible truths (beyond the sensitive experience, as in the pictorial and cinematographic avant-gardes of the 20th century); a mimetic line that activates a truthful praxis that testifies the contingency of phenomena and their becoming (with ethical and political connotations, as in Italian Neorealism).

Our civilization based on technical images, constantly dealing with media environments saturated with screens and displays (especially in the current post-pandemic), pushes us to investigate the complex nature of each fictional double and its possible new openings to the realm of the sensible. Fiction, therefore, is a polysemic term that allows us to identify theoretical macro-themes or paradigmatic case studies that this issue of the journal aims to investigate.

Fiction/simulation. Filmic fiction is a process that produces an illusion of reality in a simulacrum of the world reproduced as a copy without a referent. Images are a phantasmata that substitutes the phenomena by establishing a different illusive and storytelling reality. This line of thought has crossed the critical reflections of Augé, Debord, Lyotard, Baudrillard, Perniola. From the formal structures of classic découpage and the illusion of reality, up to the total loss of the referent in the creation of digitized worlds in contemporary blockbusters (from The Wizard of Oz to Avatar), the fictional staging tends to substantially reformulate the phenomenal world. The progressive mediatization of experience pushed to the most extreme drifts of digital performance (from Matrix to the virtual reality of Ready Player One), which coexists with a coalescing logic of transparent immediacy captured in the pervasiveness of increasingly more technical delegation, fused to the human body and confused in front of our gaze (think of the reflection on the first person shot of the seminal Strange Days or of recent films and series such as Anon and Black Mirror).

Fiction/truth. The need to deal with the reality that surrounds us has always been an urgent issue posed by cinema (think of the writings of Kracauer and Lukács), starting with the idea that its photographic and reproductive basis favored its tendency to mirror the world. In André Bazin’s thought, filmic fiction is understood as a work of staging enriched by an aesthetic reflection on a possible phenomenological exploration of reality: « first of all, the image does not counts for what it adds to reality, but for what it reveals». The possibility of opening a passage, a window on the world, becomes a process that is not opposed to the activation of a narrative instance, but it integrates «the real time of things». From Rossellini to Renoir and to all subsequent European Waves, modern style problematizes the relationship between fiction and contingent reality by openly reflecting on the necessary mediation of a gaze that formalizes the world. The contemporary survival of such modern style is increasingly embodied in the gaps between images and different media (think of the use of digital low definition or archive images in directors such as Olivier Assayas, Céline Sciamma, Radu Jude, Lav Diaz, Pablo Larraín or Jia Zhangke), within a political cinema that still tries to affect the things of the world. Finally, we can think of the so-called Italian “cinema of the real” which articulates the traditional label of “documentary cinema” by experimenting with new possible relationships between images and reality, through a conscious and explicit dialectic between fictional narratives and documentary traces (Pietro Marcello, Alina Marazzi, Michelangelo Frammartino, Roberto Minervini, Alberto Fasulo, Alessandro Comodin).

Fiction/experience. Starting from the theories of Metz’s imaginary signifier and Baudry’s cinematographic device, up to Roger Odin’s semio-pragmatics, the reception of audiovisual products has also been investogated as a social practice in relation to the decisive role of the spectator. Subsequently – with the birth of cultural Studies and the grow of neurocognitive sciences –, fiction has assumed more and more importance in the contemporary debate intended as a category between text and context. The discourses on the persistence of cinema in new media environments, moreover, often start from the spectator’s experience which is «a cognitive act that originates from and always involves a (embodied) body, a (embedded) culture and a (grounded) situation», as Francesco Casetti writes in The Lumière Galaxy. Reflecting on the experience of spectatorship in OTT platforms such as Netflix, Amazon Prime or Disney Plus, allows us to enrich the contemporary debate on the new regimes of fiction, which are increasingly hybridized and that make transmedia narrative a decisive practice for decoding the imaginary of the 21st century (think of the Marvel Cinematic Universe and its recent expansion on platforms experimenting with new serial formats, from Wanda Vision to The Falcon and the Winter Soldier). 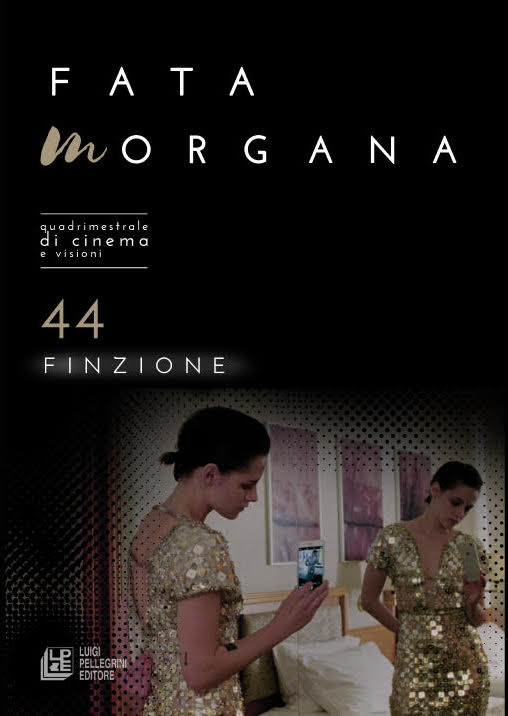