More and more frequently in the contemporary the term landscape is defined as the result of an operation of synthesis, of fusion between a space and the complex system of perceptions through which the subject constructs it and recognizes it as an image. In addition, the space of the landscape is already a territory that encompasses and incorporates the human presence. The landscape always relates to humanity, both because it is seen in relation to the presence of human activity, and because it can be said and recognized as a whole starting from the fact that there is a subject capable of unifying the multiplicity of perceptions in one single form.

From a pictorial or photographic point of view, the landscape is therefore a synthesis between the subjective gaze and the external world. When viewed from a cinematographic perspective, it is an editing or a flow (a montage between natural and cultural elements, between the subjectivity of vision and the space that exceeds the limits of the body). Indeed, landscape in cinema means a way of looking, of building an image, whether it is a single shot or an entire film. Such characteristic of the landscape, which is placed both internally and externally to the gaze, makes it a dynamic element of the cinematic representation, while showing the ability of cinema to act as a territory in which space and its representation become ideas, looks, possibilities of thought.

The ways in which such complex synthesis has produced specific cinematic images are obviously manifold, linked to different ideas and practices of cinema and of the image. From time to time, the landscape has become a close or hostile environment, an interior space, a receptacle of forms and movements, a space of radical otherness or familiarity, of solitude or community. In particular, there are three forms with which cinema has conceived and worked on the notion of landscape.

The redundant landscape. One of the first occurs in the great tradition of western cinema: the idea of the landscape as the opening and power of the plot, from which a character detaches himself and begins to act, or where she returns until she is engulfed by it. The landscape is huge and boundless, it encompasses or determines the very essence of the character, his history and his destiny, as in Ford’s films (The Searchers) or in the contemporary traditions (Paris, Texas by Wim Wenders). The redundant landscape, filmed by long or very long shots, means something more than the landscapes of the great romantic painting, which overwhelmed the Rückenfigur, the immobile human beings in contemplation within them; it is instead a metaphysical idea of the world, a space that is both human and superhuman, that erases and elevates human beings. Such landscape determines the movement it produces (almost always a dramatic movement) based precisely on the disproportion between the human figure and the landscape. A movement that profoundly denies the logic of contextualization, in which the landscape introduces and contextualizes human actions. The landscape remains distant, obscure, mysterious and unattainable, as in Herzog’s shots; or unfinished, as in Rossellini’s characters, who are the visual pivots that never cease to develop and to discover a landscape that remains unknowable, with no more points of orientation, capable of upsetting the vision. The landscape becomes a radical otherness to the world of man, such as the urban landscapes of Rohmer’s Le sign du lion or Scorsese’s After Hours. Cinema works the landscapes, highlighting its non-human or more than human enormity. In this perspective, the Italian tradition (from neorealism onwards, just think of De Santis’s essay, Per un paesaggio italiano) has played a particular role in determining a redundancy of the landscape with respect to the specificity of the environment, accentuating the bewilderment of the subject (Rossellini, Antonioni up to Amelio), or even by inscribing a contemplative instance (De Seta and documentary cinema) within the different forms of human practice.

The mobile landscape. Cinema often creates, while not representing, landscapes. Cinema is not just about sets, i.e. controlled and artificial spaces that try to block any way out of the gaze, or that are capable of building mobile vision and environment machines. Sometimes cinema creates landscapes through editing, which therefore exist as an amplification, a visible transfiguration of the rhythm of bodies, of their emotions and sensations. Just think of the walk through New York at the opening of Donen and Kelly’s On the Town, where the three sailors literally jump from one neighborhood to another, or the wandering of the two characters in Vienna, Paris and Greece in the Linklater trilogy, where the prevalence of the long take does not hide the cuts, the mounting detachments that create a unique and unrepeatable path. Such idea of landscape does not incorporate and does not include the characters, but amplifies their vital momentum by modifying and transforming itself in relation to the actions, thoughts or emotions of the characters. The landscape can thus lose its real boundaries, change in front of our eyes, become something else: a mobile space that participates in the collective movement of the film, an entity that is both subjective and objective. The river in Aguirre, der Zorn Gottes, or in River of No Return, the train in Hitchcock’s The Lady Disappears are landscapes in motion, in which the flow and the vortex contrast with the stillness or invisibility of the surrounding landscape (the jungle, the border landscape, the rocks); Von Stroheim’s desert in Greed is the smooth space that expands and absorbs the rapacity of the two protagonists; the English countryside, mediated by the gaze of the seventeenth-century English landscape painters, is the space that encompasses and gives identity to the characters in Kubrick’s Barry Lindon; the Italian countryside is the mobile map charged with a suspended time in which Straub and Huillet’s characters, defeated by the history of cinema, move. The wild landscape of Bruno Dumont’s Twentynine Palms literally destroys his characters, as does Gus van Sant’s endless desert in Gerry. Through the dialectic between movement and stasis, suspension and vibration, the landscape turns out to be an acting character, an extension or an alternative to the human bodies.

The inner landscape. The dynamic between subjectivity and objectivity of the gaze, which determines the landscape, is radicalized in the form of the inner landscape. Such is the most abstract form of cinema, when the landscape transforms into an inscape, when the attention of the camera moves entirely to the subjective gaze. The landscape becomes the place of living, the space where the character’s gaze and desire rest, as well as his innermost fears. Think of the garden of Bergman’s Smultronstället, or the enclosed space of De Sica’s Il giardino dei Finzi Contini. Intimate places, circumscribed landscapes, which often exclude the outside world, are filmed as corners removed from the gaze, as virtual realities where you can live a life believed to be authentic, such as the video-game world of Ready Player One by Spielberg, or the perfect world of Zardoz by Boorman, or also Michael Crichton’s Westworld. The inner landscape is denoted by subtraction, by the gradual exclusion of all that constitutes the objective residue of the landscape. In kammerspiel or in close-up cinema, a particular movement is determined, which is that of the disappearance of the landscape, of its incorporation into the bodies and movements of the characters. The face goes beyond the screen and becomes the landscape, or stands as its ideal brand: a map of an invisible territory that cinema explores through the details, the micro-movements, the duration of the frame. The real landscape disappears and becomes evocation, memory, nostalgia. The gaze of the characters is therefore aimed at their own interiority, even when, by contrast, the world extends without borders in front of them. The desert, for example, can become the form of the void of existences in Bertolucci’s The Sheltering Sky, or in Depardon’s La captive du désert. The inner landscape is often configured as an endless extension of space that does nothing but send back to the subject its mute question: the question about her own identity, or his own life. However, what cinema constantly produces is a continuous interaction between every form of the landscape, sometimes accentuating one end and sometimes another, within the constant flow of movements of the world and of the bodies. 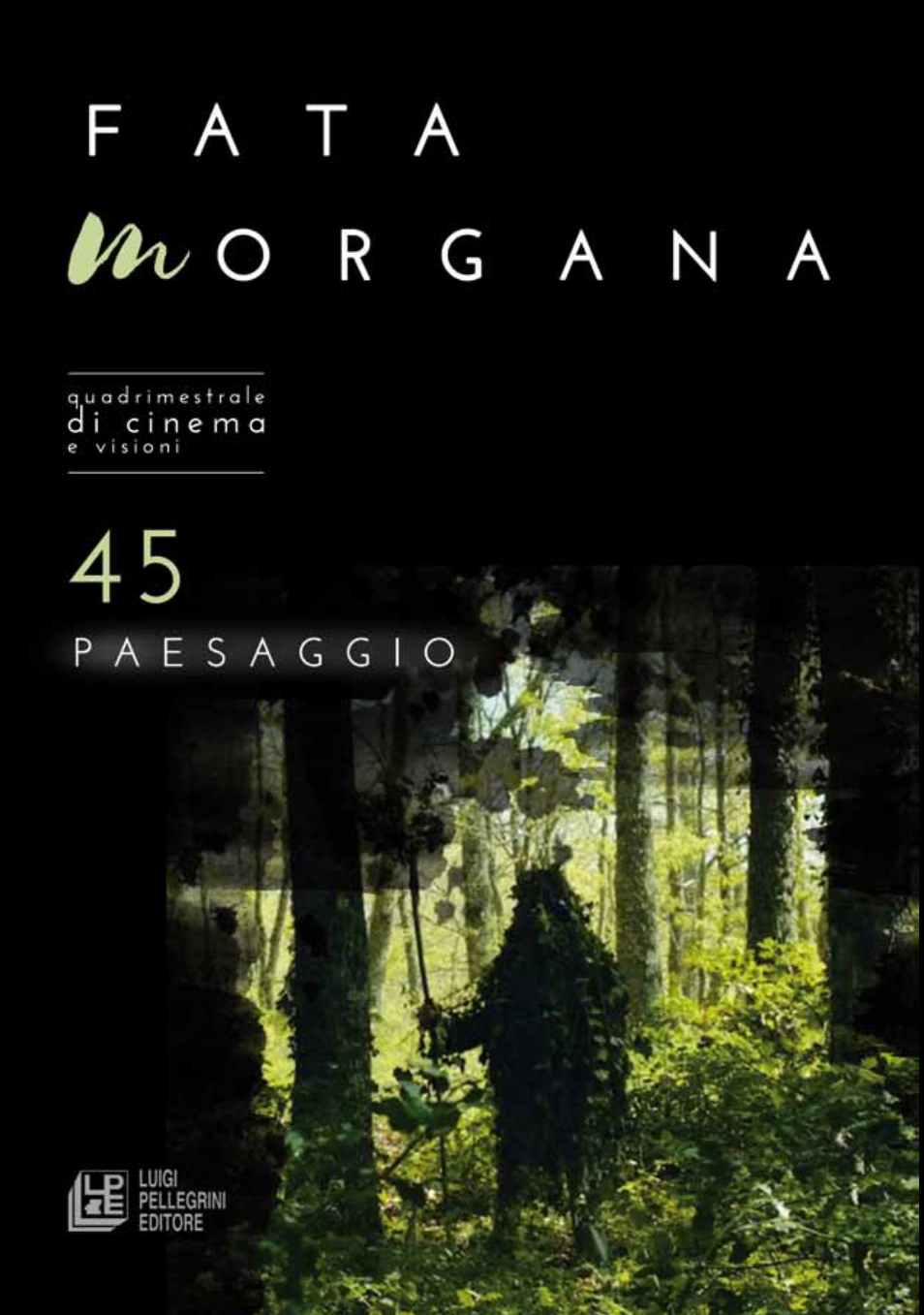