That of event is the central category of 20th century philosophical thought. From the concept of event-trauma of Freudian psychoanalysis to Heidegger’s Ereignis – the “event-appropriation” conceived as a moment of co-belonging between man and being –, up to the idea of ​​événement in Badiou and passing through the reflections of Deleuze and Derrida, the category of event has been the privileged object of contemporary philosophical interrogation, especially of the phenomenological field. But what is an event? What does it mean to shape and represent an event? The event is primarily the unpredictable and singular breaking point of a situation, capable of generating a new state of affairs. It is the truthful happening of the real, through which the subject can be structured according to a new law of presentation (Badiou). But the event can also be something incorporeal that does not belong to the eventual occurrence of reality. It is that pure expression that is in what happens and that ideally constitutes its meaning, as Deleuze writes in The Logic of Sense. In other words, the event is that moment of mediation between the corporeal and the incorporeal, the matter and the idea, immanence and transcendence, which allows the existence of what we call life and reality. If the event has replaced being as the keyword of philosophy, it is in the name of this genitive, unattainable and original power.

Cinema and theatre have always been the privileged arts in the representation of the event because the event is in itself pure temporality. The event disrupts, interrupts and rethinks temporal continuity. Representing the event means giving body to the breaking point from which the dramatic action is generated. All the great characters of the western dramaturgical tradition give shape to eventful figures in the way in which they embody subjectivities that are structured starting from a point of radical break: a gap between being and non-being, life and death. This is what happens to Oedipus and Hamlet, Antigone and Don Giovanni.

But how can cinema – a language that has been based since the classical era on the idea of ​​narrative continuity – give shape to the discontinuity of the event? Great filmmakers have always dealt with this question, trying for example to construct figures of discontinuity through the great devices of editing (Eisenstein), framing (from Welles to Hitchcock, Dreyer), scenography (from Lang to Buñuel). The research paths are therefore numerous and referable to different guidelines.

The event as a construction of meaning. From Rossellini’s Journey to Italy to Minnelli’s great film finales (Some Came Running, Two Weeks in Another Town), from the Bresson’s films (Mouchette) to Dreyer’s (Ordet, The Passion of Joan of Arc), the event is what, through a process of suspension and rupture of narration, gives meaning to the entire narrative structure built starting from the continuity of the plot and storytelling. In other words, the great cinema has always narrated the occurrence of ordinary (such as in Ozu’s films) or extraordinary events (as in Herzog’s), in which the awareness of the sense of narration is activated through its suspension, through its reversal that can deliver an authentic meaning to what is shown on the screen. These suspensions can take various physiognomies: from the irruption of a radical event that suspends and retroactively redefines the logic of the action that precedes it (as in Polanski’s Chinatown finale), to single sequences in which an epiphany of meaning takes shape, arresting the temporality of the film. Just think of the disjunctive syntheses between “time and duration” in Murnau’s (the scene of the two lovers on the tram in Sunrise about which Badiou has written extensively) or Mizoguchi’s films (the finale of The Crucified Lovers); or those between “visuality and musicality” in the Malherian sequences of Visconti’s Death in Venice, or in Accattone, or yet in Donen’s musicals.

The event as the emergence of the real. The cinema works to bring out the authentic evenementicity of the real through organizing an increasingly heterogeneous flow of intermediate, amateur, archival and non-cinematographic images. This is the case of the cinema of the real, from Wiseman to Marcello, from Marazzi to Frammartino. The cinema rethinks reality starting from great eventful figures (the transformation of the character into a buffalo in Lost and Beautiful) or represents the epiphanic essentiality of the real (the gradual awareness of maternal suicide in For One More Hour with You). But it is also the case of fictional filmmakers such as Soderbergh or De Palma, and their anti-narrative attempt to overturn the logic of the genre and building up a writing of reality through the use of anonymous and impersonal images (films like Redacted or High Flyng Bird).

History as an event. The cinema has always told great historical events turning them into cinematographic figures. From Napoléon by Glance to Moretti’s Santiago, Italia, up to the upcoming projects by Tarantino (Once Upon a Time in Hollywood) and Polanski (J’Accuse …!), Cinema has conceived history as a constitutive moment of the image (and vice versa). If for most of the classical tradition history was the spectacular scenography through which to tell the present (Aleksandr Nevskij) or celebrate the past (The Birth of a Nation), with cinematographic modernity filmakers started posing themselves the question of history in relation to their own language. From Visconti’s Senso to Godard’s Histoires, cinema has tried to become the language of (its own) history, to think of itself as an event within the greater macro-historical horizon. If it is true that there would have been no Neorealism without post-war reconstruction, it is also true that the second post-war period would not have been as we know it without Neorealism. This intrinsic link between the emergence of the cinema and that of history has been tragically confirmed by the contemporary: from 9/11 to the videos by Isis, the image is part and a constituent element of the historical event.

The form of the event. As we said, cinema builds up eventful figures through the tools that are proper to the image. Through editing and screenwriting, directing and scenography, the great filmmakers have always looked for forms of discontinuity within the intrinsic continuity of the formal and symbolic order of the film. From the montage of film attractions (Eisenstein) to the use of depth of field (Wyler, Kubrick), to the choreography of digital three-dimensionality, the cinema has conceived great formal devices through which distancing itself from the linearity of the narrative logic that, from Griffith onwards, has marked the grammar of its own language. The same seems to happen in the new forms of contemporary narration, in TV seriality that apparently sanctions the primacy of narrative continuity over any eventful gap. This is the case of the third season of Twin Peaks, but also of series such as True Detective or Sense8, built following temporal leaps, subjective narratives that alternate with omniscient glances. They are gashes in the apparent self-sufficiency and organic unity of their ecosystem capable of constructing eventful figures. 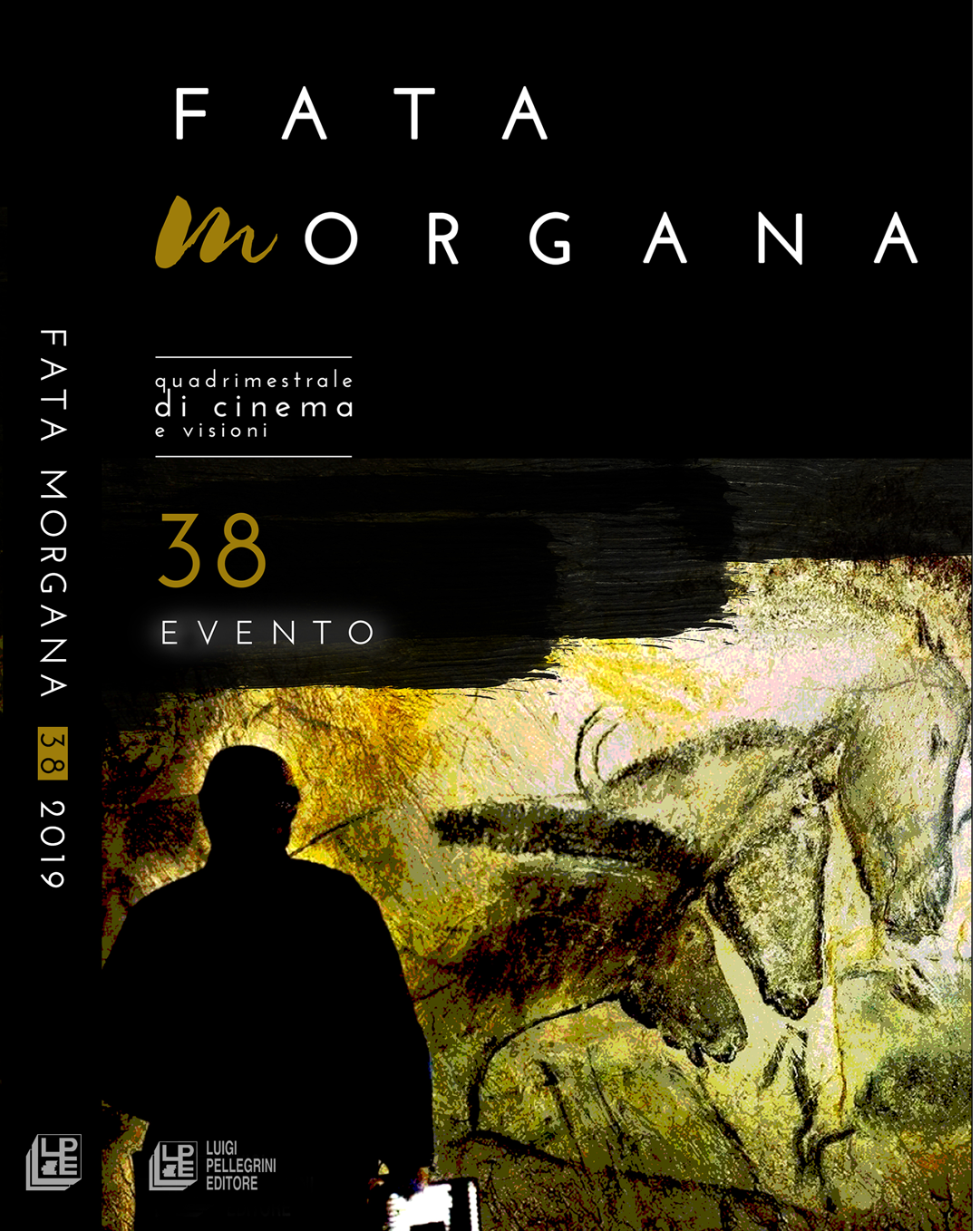