That of People is a concept that has seen a further development of its own meanings over the centuries and thus a multiplication of its own images, many of which were specifically taken up and transformed by contemporary cinema.
Indeed, the term people has been seen in Western culture both as a legal, historical or religious concept (the Populus Romanus, the Italian people before the unification, or the people of the faithful), and as a term used to address that part of society largely excluded from the administration of power and wealth (people opposed to the élites). Such twofold meaning (people as a single entity and people as those who are excluded) crossed the history of thought, while gradually embodying in different forms, in different political assumptions.
Precisely the dialectic between the whole and the part allowed to build a complex symbolic horizon over time, where the concept of people gradually opposed to that of the multitude (in Hobbes), class (Marx), crowd, or mass as in the perspective of many thinkers and scholars (Kracauer, Benjamin).
In the twentieth century, cinema – the collective and popular art par excellence – strongly launched the fertile ambiguity of the term ‘people’. Starting from the twentieth century emerged in fact the urgency of identifying the people, together with its creation and construction, as a political subject.
‘The people is missing’, Paul Klee said, since every art evokes a people that does not exist yet, as Gilles Deleuze claims. Art is the practice to imagine a people and a community. This is why, as Hannah Arendt in Vita Activa or André Malraux say, every art is a form of resistance, a way to aspire and look for new subjects and consciences.
Badiou reminds us how cinema is a popular and therefore paradoxical art which has intended the people in many ways: an absence, an aspiration, a subject to be created, a mass to be recognized, an indistinct crowd, a utopian model and, at the same time, a material essence, a living and pulsing force (‘The people is missing and at the same time it is not missing at all’, Deleuze says in What Is the Creative Act?). What images have then questioned the concept, the form and the idea of people in the cinema of the twentieth and twenty-first century?

People-Crowd. The birth of the long shot is the opportunity for the cinema to show the masses, the blur and often anonymous motion of moving masses, rather that the people. Such is the case of the uniform movement of the workers in Metropolis of Moloch’s worshipers in Cabiria, of Babylon’s masses in Intolerance, or of the Lumière’s crowd exiting the factory.
Cinema shows that the people creates itself starting from the gestures that it accomplishes and hence identifies it. Lumière’s Workers Leaving the Factory is the first film in the history of cinema, and, as recalled by Harun Farocki in Workers Leaving the Factory, points towards the link of the history of the mass movement to the history of cinema itself. The gesture that identifies those men and women is their act of leaving the factory, their work but also their life outside of work. This is true also for the crowds who rush into the street at the end in King Vidor’s The Crown, or that find themselves in a movie theatre.

People-Class. Such workers are not yet a class though. In order to be so, a class consciousness is in fact required. This is the great example of Eisenstein’s cinema: the images of Strike show the Soviet masses becoming conscious of themselves through the creation of new paths and forms of experience of their work (the occupation of the factory). Starting from Eisenstein, we can find the question of class formation also in later cinema, from the thirties of the Popular Front (Renoir, La Marseillaise) to the Forties of Visconti and De Santis (La terra trema, Non c’è pace tra gli ulivi). In the end, we also get the idea of a people-community (people intended as the integration of heterogeneous individuals) as in the Ford’s Wagon Master.

People-Nation. Cinema deals with the genesis and genealogy in the moment it questions the original gesture or the birth of a people understood as a political and spiritual event. The ‘birth of a nation’ that runs through the history of cinema is the narration of the genesis of a people intended as the Hegelian spirit of the nation. A spirit that often embodies into agents of history, as in Griffith, or in all those narrations where the people becomes the emanation of the will of History (Abel Gance’s Napoleon, which shatters the boundaries of the screen, or Eisenstein’s Ivan the Terrible whose face bows in front of the huge coil of his people come to acclaim him). So the people can also be embodied by an Individual, by a hero. Such is the great epic form of the image-action, or of totalitarian cinema, in which the people is the architectural form of the image; the people is one with Albert Speer’s architecture in Leni Riefensthal’s Triumph of the Will or with the big crowd scenes of Ciaureli’s and Carmine Gallone’s films, where the dictator or leader becomes the agent of History. Cinema then questions the birth of the images of a people understood as a force and as pure illusion, as an unwilling entity or as the identitarian subject of History. From American to French cinema, and also through the fragmented history of Italian cinema, the people-nation does not cease to be questioned as an image.

Images of Disappearance. But the genesis of a people intended as a political and spiritual entity is also the birth of an image, or sometimes of an illusion. What is left when one loses such illusion, such identity as a people? Either one falls into a jungle community, where everyone betrays everyone else (as in the gangster movie genre), or meeting communities between heterogeneous can also emerge. This latter case is the great experience represented by cinematic modernity, starting from Rossellini. The people here has to be created because what holds it together is not knowledge or ideology but belief (from Godard to Rivette, from Straub to Martone, from Pasolini’s third world to Rocha).
In contemporary cinema such idea of heterogeneity tends to become a form of the multitude. Here we find the narration of a people who come from the outside (Amelio’s and Rosi’s Extra-EU people), a people who loses its own identity or puts it into question. Such is the first form of stateless cinema, for example by Yilmaz Güney, or by the Palestinian filmmaker Elia Suleiman, or by Amos Gitai. Directors who build images of a disappearance, a weakening of the idea of people. This is Pedro Costa’s and Miguel Gomes’ cinema in Portugal, or that by Joshua Oppenheimer and Rithy Panh in Cambodia. A cinema in which faces and bodies always appear like ghosts, masks, ironic parodies, imaginary substitutes for people who have suffered the trauma of dispersion, of massacre, of the exile. Images of disappearance become therefore those of the contemporary world: images of a people understood as an enigma, as a missing subject. 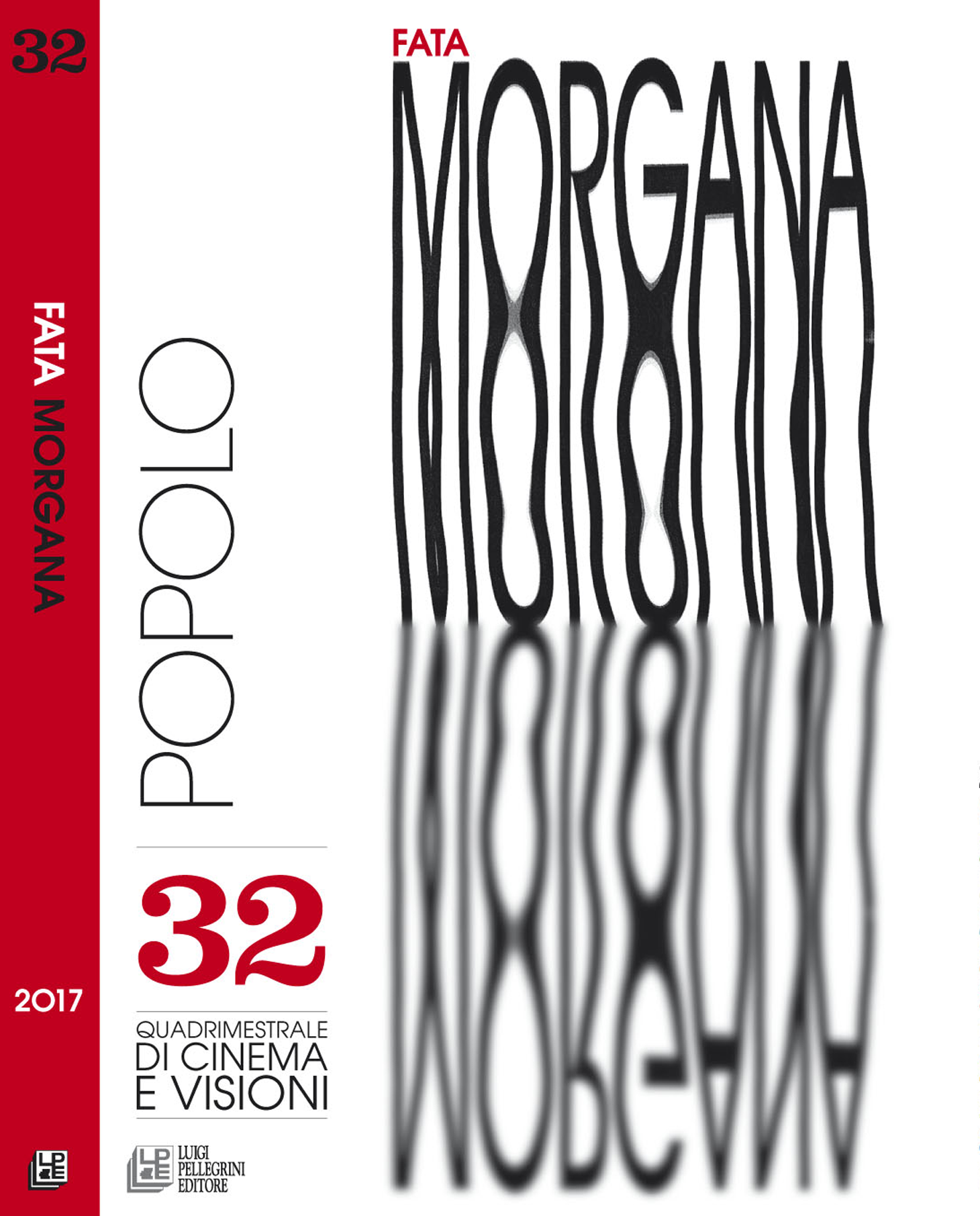