As Walter Benjamin wrote in 1927, cinema created ‘a new area of consciousness’ (eine neue Region des Bewusstsein), by which ‘the immediate environment, the spaces in which modern humans live, carry on their business, enjoy themselves’ unfolded. Cinema represents one of those ‘fractures of artistic formations’ capable of blowing up (‘as the dynamite in tenths of seconds’) the common meaning of space and time, as well as reconfiguring within a new regime the way we relate with reality, with fiction and with the horizons of the imaginary and of the possible. The idea of a new area of consciousness, which Benjamin put forward in defence of Eisenstein’s Battleship Potemkin, on the one hand brings along the political significance of consciousness as an inalienable configuration related to the historical time which produces it; but on the other, it articulates a new form of experience that carries the signs of a powerful cultural transformation (a fracture, indeed), able to affect perception, feelings and emotions of modern spectatorship.
By moving between phenomenology and the thought of Gilles Deleuze (in line with the rationale of formation of what he called ‘film consciousness’), Spencer Shaw stressed how cinema affected the ways in which we observe and experience reality, opening to the formation of a ‘techno-consciousness’ which has been investigated by filmmakers even more than by film theorists (from the experiences of experimentalism to mainstream cinema like the genre of science fiction, as recently well outlined by Steven Shaviro). Such a proposal today takes on an even more complex meaning, especially when put into a dialogue with the forms of new media and post-media digital creativity. Moreover, various studies on filmic consciousness (Pepperell and Punt, Blassnigg, Pisters, Tikka, M. Smith) or on subjectivity and the forms of intentionality produced by the cinema (Chateau,) have insisted on how the concept of consciousness calls into question the aesthetic experience presupposed by the film and comes to invest the very relationship between cinema and reality.

Forms of consciousness. While studying the ‘aesthetic feeling’ produced by the film starting from its psychological conditions, Münsterberg wrote that ‘the vastness of the outside world has lost its weight, was released from the space, from time and causality, was coated in the forms of our consciousness’. Although starting from different positions and having completely different goals, Edgar Morin has reflected on the consciential aspects produced by films, coming to write that the flow of images, feelings, emotions produced by cinema is ‘a current surrogate of conscience, an Ersatz that fits and adapts itself to the cenesthetic, emotional and mental dynamism of the spectator’. Morin saw the interaction of two ‘Bergsonian dynamisms’, two ‘subjectivities’ respectively grasped in the symbiosis of the viewer with the flow of the film and of the latter with the psychic flow of the viewer. Such idea would have been used later, not only in Stiegler’s insights, but also in the field of cognitive sciences (which aimed at taking the filmic experience away from psychoanalytic theories and their opposition to the notion of consciousness), and would have also brought the philosopher Colin McGinn to rethink the power of cinema starting from what he called the ‘mind-movie problem’. Years later, Deleuze would have insisted instead on the fact that the only conscience of cinema is not represented by ‘us spectators, nor by the hero, but by the sometimes human, sometimes inhuman or superhuman camera’, putting hence the device at the centre of the medium and rethinking the consciousness of the cinematic apparatus in the terms used by Jacinto Lageira: a dialectic (within the cinematic experience) between traditional knowledge and projection, where a ‘realizing consciousness’ is always in communication with an ‘imaging consciousness’.

Cinema/Consciousness. Some of the most important contemporary scholars of consciousness have used cinema as a privileged metaphor to explain the phenomenon of consciousness itself. Antonio Damasio speaks of a ‘film-inside-the-brain’ and a similar image is used by Christof Koch. Contrarily to the connection between the film and the forms of consciousness, here the cinematic apparatus is traced back to the mystery of consciousness (in an almost Bergsonian perspective). The philosopher Thomas Metzinger describes consciousness as ‘the appearance of a world’: the conscious experience makes appear a unified reality that we are able to perceive thanks to our sensory capabilities. Within such reality, we feel able to move ourselves, to act and experience an impression of transparency given by the unconsciousness of the medium (in this case of our brain-body system). Metzinger’s definition, by echoing the myth of transparency, of a transparent and ongoing editing, deals with the traditional condition of spectatorship intended as a located experience driven by sensorimotor practices. In particular, he puts us in front of the notion of a ‘world made for us’, as Bordwell would say about classical cinema; or, in the words of Allen, of a ‘fully realized world’ capable of producing a ‘projective illusion’ or ‘conscious fantasy’. This complex system of relation between cinema and consciousness is also relevant to the the growing field of neurocognitive literature. Moreover, such equation (cinema/consciousness) was already present in the form of a poetic suggestion and epistemological program in the writings and ideas of Jean Epstein, who observed that the film contains the idea of a form equal to the eye; an idea that although ‘inscribed outside of consciousness’ is also able to create ‘a particular state of consciousness’, which will have great impact on the evolution of culture and civilization (as Epstein argues in the pages where he describes the strange example of cinema as a ‘brain-robot’).

Becoming conscious. The historical configuration of consciousness which, according to Benjamin, Eisenstein’s cinema offered a clear example of, reveals the twofold (aesthetic and political) value of the cinematic image and of its narrative forms. From this point of view, the Italian tradition has developed an important thought which has yet to be investigated: in the early fifties, Zavattini said that neorealism was now ‘the conscience of cinema’, foreshadowing, on a theoretical and practical level, the gradual transition from ‘consciousness’ to ‘self-consciousness’ in modern filmmaking (The Conscience of Cinema, is the title of the latest study by Joris Ivens). Neorealism can hence be considered as the essence and mission of the cinema itself, and Zavattini’s idea as a model for those experiences at the edge of the cinematic possibilities (such as underground cinema). Rossellini, another great father of neorealism who knew how to speak to a new generations of ‘angry’ and iconoclast filmmakers, wrote in the same years: it is time to ‘take consciousness of the world we live in’. He would have continued to insist on the need of a new knowledge/consciousness of the world even in his later writings where he thematised a programmatic rejection of film and the need for a new cinematic self-consciousness. The cinema is an instrument of knowledge and an indicator for criticism and social consciousness: rather than a form of conaissance, as Mitry would have written quoting from Claudel, cinema is a co-naissance; it is a birth, a form of new life. 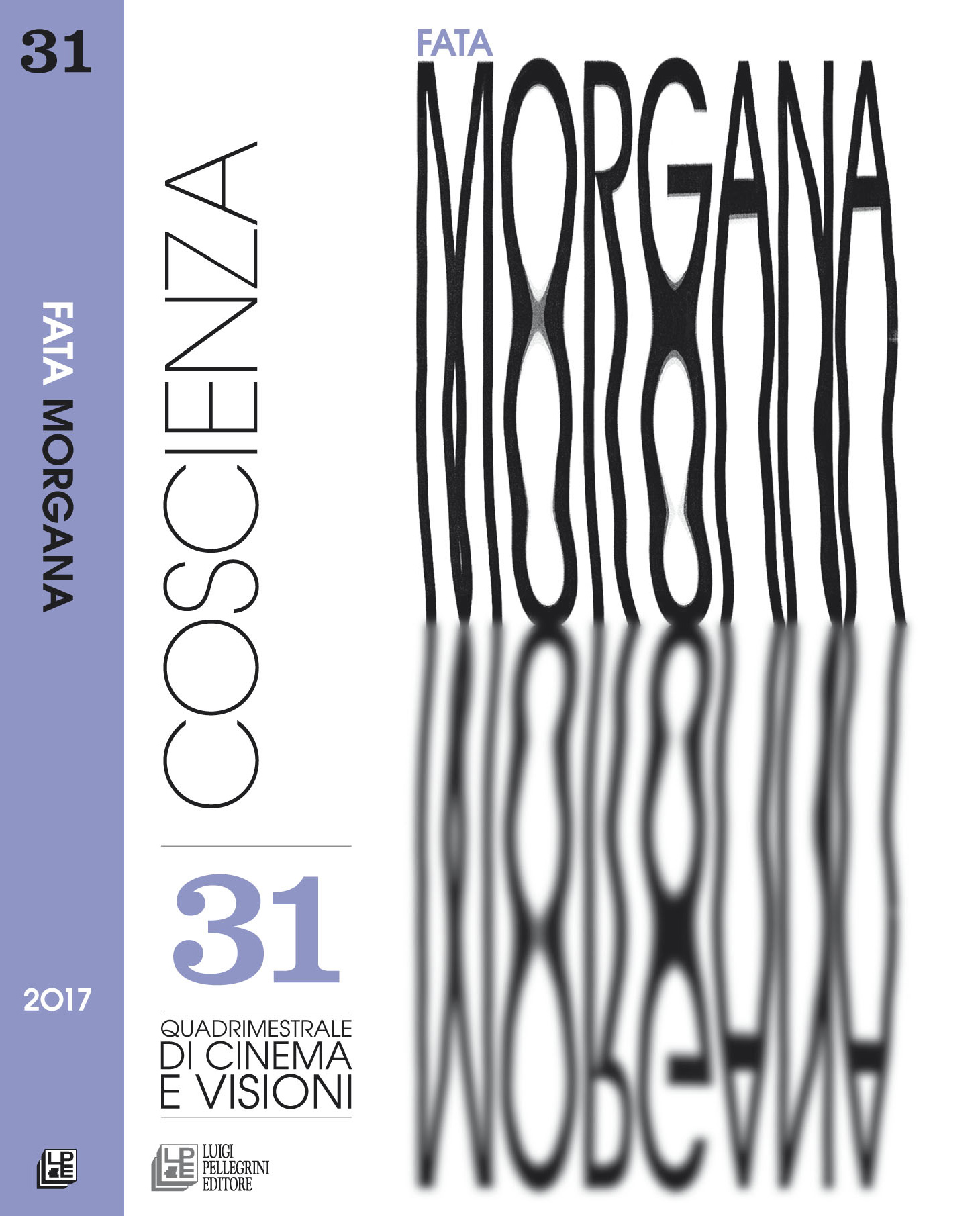