Jean-Luc Nancy says that “welcoming the stranger also means experiencing his intrusion”. Within such apparent contradiction lies the richness and hidden ambivalence of the term “encounter”. The word encounter in fact entails to a complex movement: going inwards and towards what comes “from outside” in an unpredictable form. The encounter is a clash and an opposition. What and who one encounters is always stranger, unknown and opposite. Although the particle “in” contains the will, the desire to welcome precisely what is other and foreign to oneself.

The word encounter shows a profound cinematic analogy precisely in its ambivalence, in the semantic richness inherent in the double movement of the encounter. If we think of the dynamics of the encounter within the form and the cinematographic practice, it reveals itself as a harbinger of possible new interpretations of cinema and image practices in general.

The encounter is one of the principles from which the very idea of ​​the film becomes real. The cinema of modernity is for example an art of encounters (starting with Rossellini up to the French New Wave at the New German Cinema). In modernity, the encounter replaces the “classic” notion of action. Goethe’s precept “in the beginning was the action”, with modernity is completely overturned and become:s “in the beginning was the encounter” between “heterogeneous” entities whose destiny is always unpredictable (as in the various episodes of Paisà or in the ambulatory urbane of Breathless).

We can also think of the encounter as the very device of cinema which lies in the practice of editing. In this further declination, we can find the profound meaning of its cinematographic value: that of thinking of the encounter as a possibility for the image, both in the narrative and formal sense.

The encounter is narration. “The two don’t know each other yet. It is therefore necessary that they tell themselves: ‘This is who I am’. It is the narrative pleasure, what at the same time satisfies and delays knowledge. What, in a word, relaunches”. Roland Barthes’ words reverberate in the narrative forms of cinema, which have declined the encounter in many different ways: the encounter as a spark, as the beginning of the narrative, as the start of a journey in common (as in road movies), as the beginning of a relationship that upsets the starting situation (like every apparently casual encounter in cinema, from the perverse movement of Hitchcock to Nolan’s geometric cinema). The encounter orients and determines the narrative structure (Dorothy’s encounter with the Wizard of Oz and his friends in Fleming’s masterpiece, or the character’s encounter with his distant brother in Lynch’s A True Story, or yet the encounter with another civilization in Spielberg’s Close Encounters of the Third Kind). The encounter can be sudden and random, made up of accumulations, of moments that are indicative of a cinema that aims at drifting and getting lost: these are the encounters of wandering characters of modern cinema - from Antonio and Bruno in search of the bicycle stolen along the streets of Rome in Bicycle Thieves, up to the crazy encounters in Wenders’ Until the End of the World or in Donen’s Charade. As in an alternating and apparently unpredictable movement, the (real or dreamed, sudden or planned, desired or feared) encounter often becomes the engine of a narrative with many variations and different possibilities.

The encounter is an occasion. Like the word encounter, the term “occasion” is also open to different interpretations. As Didi-Huberman recalls, the occasion is above all a figure of the Greek pantheon: a figure of the sudden fall, of the loss of balance, which however determines a new possibility. Here, too, the specific nature of the term is ambivalent: the encounter is an opportunity of radical mutation, of experience, of experimenting with new possibilities. But the occasion always includes a fall and the risk of a loss. In such declination, the word encounter becomes the image of a cinema open to failure, to the unpredictability of reality; a cinema that constantly struggles with an uncontrollable reality in order to create an image “despite everything”. This is what happens in Leonardo di Costanzo’s Cadenza d’inganno, when the paths totally changes once the main character disappears (and such disappearance becomes the true theme of the film); or in Pietro Marcello’s Bella e perduta when the keeper of the Royal Palace of Carditello dies; or still in Robert Kramer’s Route One USA, who chooses the largest road of the continent to allow his character to “meet” reality. This is what happens in the great “cinema of reality”, the great tradition of the documentary, which needs the encounter in order to exist. The notion of encounter shapes the many small/big stories of movies, of their making, of the (often “occasional”) choices that have determined their final form. 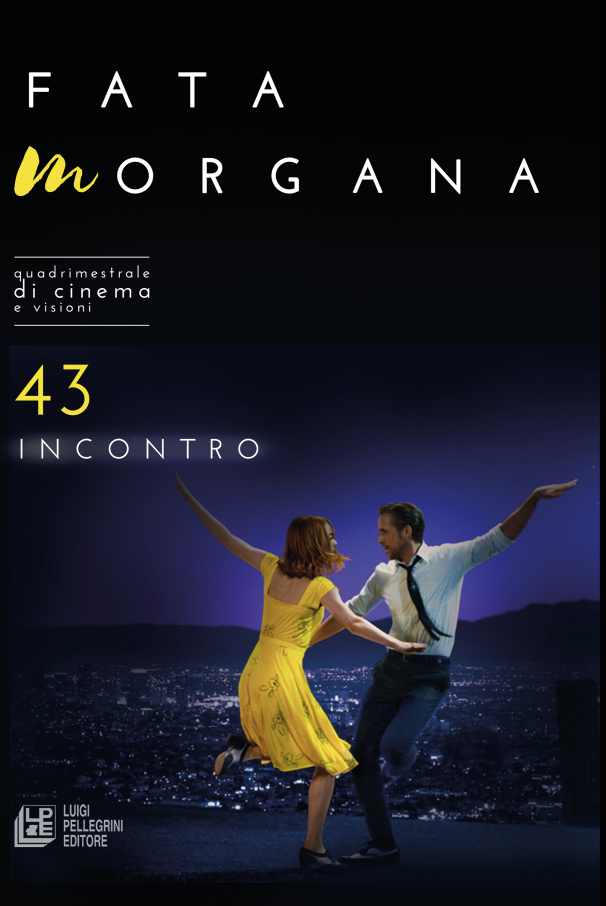